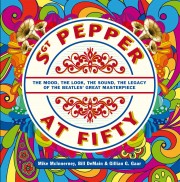 The Mood, The Look, The Sound & The Legacy of the Beatles' Great Masterpiece

Five decades after its release in 1967, Sgt. Pepper’s Lonely Hearts Club Band remains a keystone of the Beatles’ career, and of pop music as a whole. Regularly cited as the greatest album of all time, it is a record soaked in, and thrillingly evocative of, the sights, sounds, and mood of the sixties at their most joyously psychedelic.

Acute Treatment of Manic or Mixed Episodes Dose Selection-Oral ziprasidone should be administered at an initial daily dose of 40 mg twice daily with food. If you miss a dose for some reason, contact your healthcare provider right away to discuss what you should do next. The US Sunshine Act, 303 France’s Loi Bertrand, 304 and the Dutch Transparency Register, which mandate disclosure of financial links between pharmaceutical companies and health-care professionals, also reflect the ethical criteria http://sayadlia24.com/. Other symptoms can indicate a serious condition.

Written by a trio of international experts on the music and the era, Sgt. Pepper At Fifty brings a new perspective to the album by looking in-depth at the unique cultural circumstances that led to its creation; examining the rich assemblage of influences that informed its sound; exploring the landmark cover art, which is still the subject of debate and intrigue today; and assessing the record’s enduring legacy.